Volume I of the series "Personal losses – a list of the Polish independence movement activists 1939–1955" contains 95 biographies in alphabetical order. They refer to political, social and economic activists as well as soldiers of the independence underground, associated with the broadly understood independent movement, killed and murdered during the German occupation as well as the first and the second Soviet occupation. These include well-known figures as well as those who, only thanks to a painstaking archival query, we hope to have been able to restore to memory. Thus, the presented volume introduces many previously unknown facts, expanding our knowledge of the history of Poland in the 20th century. 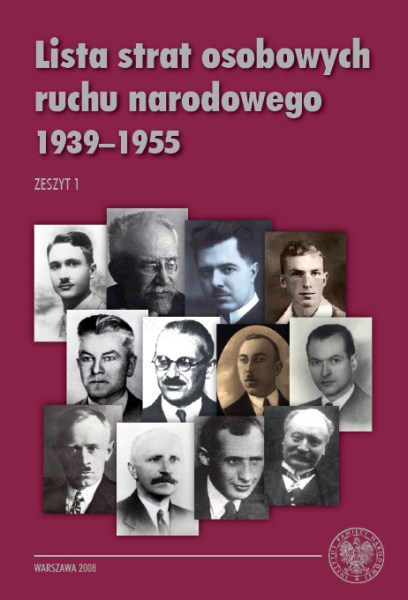