Two different narratives have recounted the events in Bydgoszcz for over sixty years. Most Polish historians were of the opinion that on 3-4 September 1939, the Germans shot at retreating Polish soldiers who in response suppressed the attempted diversion. Most German authors presented these events in a completely different way: they wrote about the massacre of the German population, denying any provocation on their part.

The book is the result of long-term efforts of a team of several historians to find and confront all documents preserved on this subject. The essays presented in the volume reconstruct the events of September 1939 in Bydgoszcz, a list of the victims but also a broader historical context: the situation of the German minority before the outbreak of the war and its relations with the Poles, the German subversion in Pomerania and war operations in the region of Bydgoszcz. The studies on earlier Polish and German historiography allow us to understand the history of this dispute which is important both for the Poles and for the Germans. 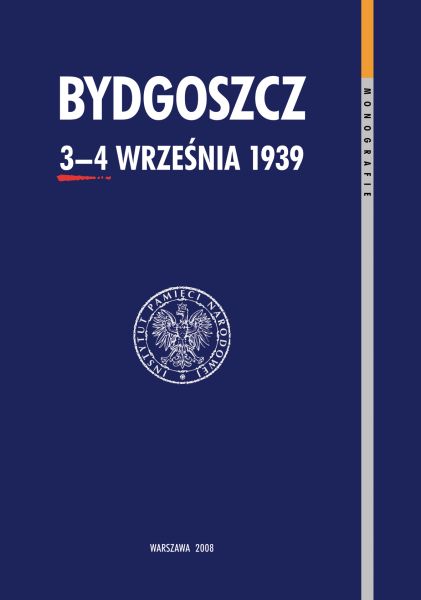