The volume opens a new series titled ”the Polish Underground State in Documents” issued by the Institute of Polish Remembrance.

The published documents offer a comprehensive picture of the activities launched by the Committee, study the decision-making process regarding the conspiracy in occupied Poland, and reflect on the efforts taken by the Polish authorities in France and Great Britain regarding material aid gathered for the Polish society.

The currently published volume is only the first part of the entire series, covering the years 1939–1941. The intention was to collect and publish all minutes of the Committee meetings for National Affairs from 1939–1945. 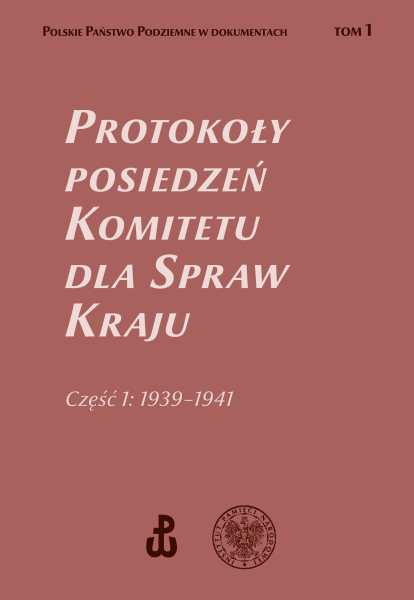