Siege of Warsaw in the photographs of Julien Bryan

The book is the first such extensive and comprehensive presentation of Julien Bryan’s work. Its main theme is the siege of Warsaw by the German troops in 1939, and especially the fate of the civilian inhabitants of the Polish capital, seen through the eyes of an American photographer. In addition to a wide selection of photos, the volume includes Bryan's previously untranslated Polish reports: "1939 Siege" and "1959 Warsaw - revisited", alongside with the personal accounts of Poles who helped him: a transcript of the radio speech by Capt. Władysław Polesiński "On the ruins of Praga" and a memoir by Stefan B. T. Radliński "Warsaw in September with Julien Bryan". "Introduction" by Jacek Zygmunt Sawicki accompanied by the text by Tomasz Stempowski are a contemporary attempt to place the achievements of the American photographer in a broader historical context. 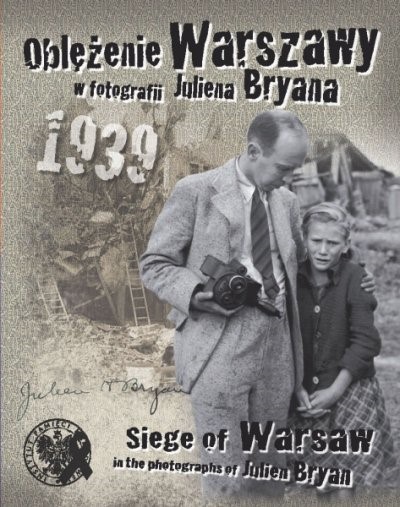