It is August 31, 1940. For several weeks now, an air battle between Great Britain and the Third Reich has been in progress. This period will go down in history as the Battle of Britain. A message arrives at the operations room of the 11 Fighter Group command that numerous formations of German aircraft are flying in the direction of the capital. Yesterday, a Polish 303 Squadron pilot out on a training flight shot down a German bomber. Consequently, the RAF command, which has practically no more reserves, has decided to send this Polish unit into combat. Eager to fight, the pilots have been waiting impatiently for this order. Right now they are heading for a confrontation with the German air force. At last they have an opportunity to encounter the Luftwaffe on an equal footing and avenge the defeat suffered by Poland a year ago. “303” is a simple war board game for two. One of the players is the commander of the allied forces defending Great Britain while the other commands the attacking German Luftwaffe. Each player has access to six different kinds of planes and conducts aerial duels by using special dice. The mission of the Third Reich’s air force is to bomb London. RAF’s mission is to shoot down the bomber. Will the pilots of the 303 Squadron stop the air raid and save the capital?

Awards & Honors: Board Wargame of the year 2010

Comments:
This is a terrific game. Easy to learn and play. My Son and I love playing it. It was hard to pick up a copy in the UK, but managed to get hold of a copy direct from the manufacturers. Highly recommended by us!! 9/10
wicky0570 United Kingdom 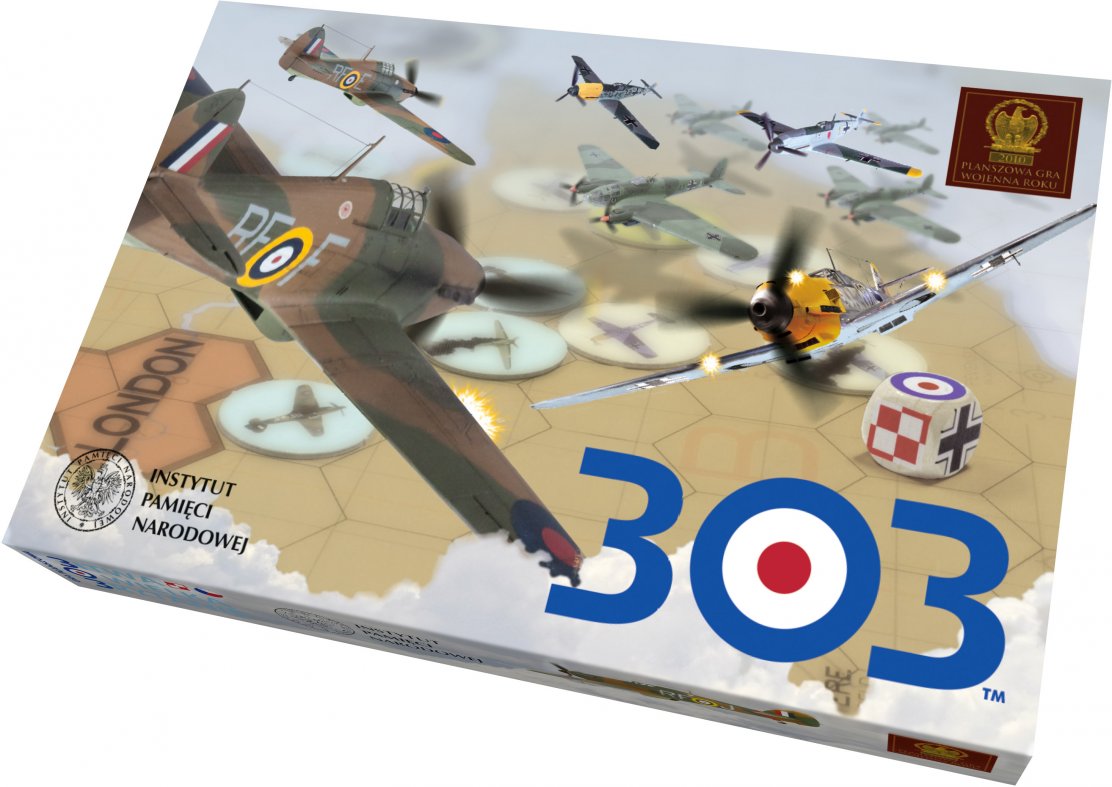